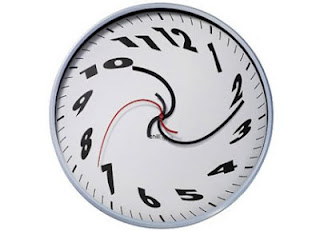 Mercury governs intelligence, communication and travel. When Mercury is in Retrograde, the planet appears to be traveling in the opposite direction of its path, which is actually an illusion caused by the Earth's planetary rotation and our perspective from Earth. What happens during MercRetro is that problems occur with cell phones, computers, your car, messages and the like. I see it as a time to slow down and take stock of things. Perhaps, attend to those communication devices and vehicles, that we take for granted during other periods.  Above all, have patience with communication with friends and family because messages and meanings will often be misinterpreted. 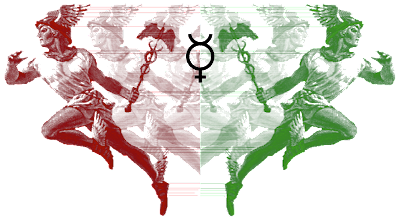 Well, 3AM, as some of you know, is also called the "witching hour", which is a time when spirits, demons and witches are supposed to be most active. Funny thing is, most of my witch friends are asleep at this time and are early to bed, early to rise people. LOL. 3AM is also supposed to be the time when black magic is most effective but I always take the term "black magic" with a grain of salt because the term might be coloured by the Christian perspective. According to an urban legend, 3:00 in the afternoon is associated with the time of Christ's crucifixion and 3:00 is the morning is called the devil's hour, which is when a soul is most susceptible or vulnerable to demon possession.

Midnight is the beginning of the next day in the normie world but a planetary day runs from sunrise to the next sunrise. For example, although Saturday (the planetary day of Saturn) was already Sunday after midnight according to the mundane man clock, the magician sees that day as the day of Saturn until the next sunrise on Sunday morning. Sunday, being the day of Sol. Each planetary day is further divided up into planetary hours, the classic planets of Saturn, Jupiter, Mars, Sol, Mercury, Venus and Luna, which again has planetary associations. Saturn, IMHO, has to deal with temporal restrictions, discipline, responsibilities, visions and protection.

My own experience with 3:00AM has involved some spirit visitation but spirits are usually around me anyway so I think 3:00AM is probably the time period when I pay attention to them more.

So on Saturday night,  my Jupiter Angel and I were hanging out and Frater BF and I were happily chatting away and I glanced at my planetary hour calculator that I installed on my Droid and I realized,

"Hmmmm...Mercury hour is one hour longer tonight according to my planetary hour calculator.  I wonder what kinda mischief is gonna happen on Mercury Retrograde on this day of Saturn?"

The planetary hour calculator said that the hour of Mercury went from approximately 1AM to 3AM, when it would have normally ended at about 2AM. An extra hour is a whole lotta of Mercury, on MercRetro, mind you, but it was an illusionary hour and the time, 3AM, wasn't really the time.  Or was it? The illusions were very MercRetro in feeling to me.

So I asked myself, what can I do during the Mercury hour, during a MercRetro, during a day of Saturn at a time that really doesn't exist, except by man, the Spring Forward time of 3:00AM?

How about empowering an item to capture the energy of the moment?

I used my old standbys for invocations, the Orphic Hymns and I used the Hymn to Saturn (Kronos):

Etherial father, mighty Titan, hear, great fire of Gods and men, whom all revere:
Endu'd with various council, pure and strong, to whom perfection and decrease belong.
Consum'd by thee all forms that hourly die, by thee restor'd, their former place supply;
The world immense in everlasting chains, strong and ineffable thy pow'r contains
Father of vast eternity, divine, O mighty Saturn [Kronos], various speech is thine:
Blossom of earth and of the starry skies, husband of Rhea, and Prometheus wife.
Obstetric Nature, venerable root, from which the various forms of being shoot;
No parts peculiar can thy pow'r enclose, diffus'd thro' all, from which the world arose,
O, best of beings, of a subtle mind, propitious hear to holy pray'rs inclin'd;
The sacred rites benevolent attend, and grant a blameless life, a blessed end.

At first, I was just going to do some sigils but I really did not have the time to come  up with something nice, since the whole idea was last minute anyways. What I came up with was brilliant. I searched my jewelry box for old watches I never use and froze each of them at 3:00, or thereabouts. 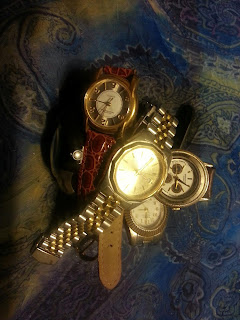 What I use for these watches, I will keep a secret but leave it up to my Dear Readers to imagine the possibilities.

QED
Posted by PhoenixAngel at 11:55 PM