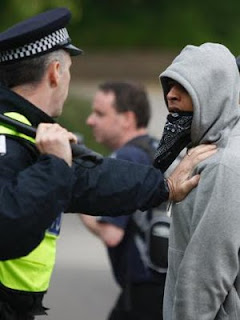 This rant was formed from my own opinion ...and most of all, my experience.

I try to teach my kids that a wrong followed by a wrong doesn't make a right. It's my duty as a mom but I know all too well that sometimes that's not enough. Voices need to be heard and ears need to be opened with compassion. Sometimes, people need to have someone speak for them because the words do not come as readily to them like other people. Kids, in particular, require this augmented voice. I always say, "You have to be an advocate for your children." When a child is acting out at school, cannot understand their feelings nor can express them, sometimes mom and/or dad have to talk to the teacher and mention, "there has been problems at home"

All of this reminds me of the saying, "With power, comes great responsibility".

As a mom, I have a responsibility for speaking up for my children. I also have responsibility to allow my kids to experience the consequences of bad choices and not enable them into bad behavior. As a loving parent, it was very difficult for me not to run after my first born and fix every little mess he made. Everything was a handout for my first born, which caused him to be lazy and gave him little motivation to figure out and do things for himself. He was bored, resentful and filled with angst (what teenager is not?). I had to realize that after years of speaking and thinking for him, he had the tools and he just had to get off his ass to do it himself. Once I did this, he was even angrier... angrier that I was no longer giving him handouts, scared that he had to make his own decisions in unknown territories and take responsibility for himself. He acted out like he did when he was a child, which only stopped until he realized that he had the power of his own voice.

My Dear Readers already know I like to speak in analogy and I will rarely ever make an outright political statement in this venue.

I do not condone my actions as an enabling parent nor do I condone the acts of a voiceless person, child or adult. But I do ask one question in both situations now, who has the power of a voice and therefore the responsibility?

Posted by PhoenixAngel at 6:44 PM

it always boil down to whomever has the courage.....