Its been a while since I blogged so my words may seem a bit awkward. For the most part, I have not shared information about my magick with anyone else lately so I find myself stumbling with the expressions.

A lot has gone on since I last blogged and a dark cloud settled in for a while on my life in more than one way. Be careful when you ask for... it might just happen. Several months ago, I asked for, what seemed like, a very innocuous request during my jupiterean work for "true" healing for myself and my family. Sometimes, situations have to get worse before they get better and truths are sometimes very hard to face. The request manifested as dark clouds yielding cleansing rains followed by the occasional lightning bolts of pure enlightenment, painful to my very core of being.

I found myself taking stock of my life as a parent who is also a magician. It is very difficult to be a successful magician and find that some things are just out of your control. As a parent, it is so easy to impose your will upon your children... mold them into something you want them to be. Have hopes and dreams for them. Shape their reality. (I often think my kids were my biggest magick.) It's really your duty as a parent to influence your kids when they are young but as they get older, their choices become their own. Kids become adults with their own will. As magicians, we all know it will not work, to impose our will upon others. This adage is also pertinent to our children.

So my son became very ill with a sickness that any traditional healing could not help. He became sick from an illness of his own choice. He became ill with drug addiction, both methamphetamine and heroin. As the toxins flowed through his body, he would lose days of sleep or he would sleeps for days. His odd behaviour effected his little sister who he adores and his behaviour effected me. Our typically very tight knit family was unraveling out of control. Out of desperation to keep my dear children from the pain and sadness, I used my magick to effect change, carefully crafting the magick from what I have learned and without the "heat of the moment". I just wanted him to stop doing the drugs and see how harmful they were to himself and to his family. It culminated several weeks ago when he violently vandalized my home while yelling out incoherent obscenities to me, his loving mother, and to my daughter his loving sister. We hid in my locked bedroom as I nervously called "911". During the call he tried to kick down the bedroom door and demanded money for drugs and cigarettes. As the cops were taking him off to dry out, I told he was no longer allowed to be in our home because of his behaviour. I instantly felt like a total failure as a parent ...and above all, a failure as a magician. These feelings of worthlessness was further exacerbated by my ex telling me that I had no compassion for my own skin and blood for kicking him out and my daughter's cries of sadness because she desperately missed her brother.

So after a lot of pain, misery and self doubt, I looked back at my Work, some of which I painstakingly documented, just like I had been taught. With my engineering eyes, I looked at every statement, every detail and every intent. I discovered something so liberating.

Everything I asked for...happened. The "true healing" had occurred in the very specific manner that I had asked for. My son stopped doing drugs. He learned his lessons and my daughter learned that people we love sometimes need to learn to Love themselves before they can truly Love us back. Did I impose my Will upon my son? What would any parent do if their child was in danger? Perhaps I did, but, the strongest part of the spell was my Love for my family. 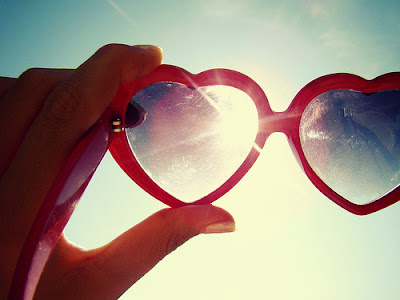 The biggest detriment has been my self-doubt and now, I realize that if you doubt yourself you can never really SEE the changes that have occurred because your own self-esteem and prejudice colour your perception. This realization has provide me with a true healing, GROWTH. Oh so consistent with the sphere of Jupiter.
Posted by PhoenixAngel at 10:12 PM

It's a powerful feeling to know our magic worked, and worked extremely well. The biggest lesson I learned from my work in 2008 is that we will obtain everything we ask for, even if we are very specific, but never quite in the way we expect it.

I'm still recovering from my work because I asked for assistance with major life changes. I required this to move forward from a cycle which I knew I could no longer break on my own. I've been in this "Dark Night of the Soul", this "Abyss", for a very long time, although brief periods of release from this place have occurred... but though growth continues, apparently I still haven't quite completed some lessons I need to get through my own thick skull before I can finally emerge for good.

We can't help anyone else until we can help ourselves, and the same is true of others. They must help themselves. We can be there for them in whatever way they need (not how we feel they need us), but that is all we can do, and we need to be capable of handling our own issues before we can assist with theirs.

You may still experience some of that self-doubt, but if or when you do, look back on this post with pride. You did good!

I hope you and your family go from strength to strength. Having only recently started out on the road of parenthood myself I'm inspired by your example, thanks for sharing this post. You have a core of strength that shines through your words. Be well.

i'm just getting back to reading blogs now, after a long trip and a stressful return week. Glad that things turned out, and i agree with your analysis -- it's not just "making the best of a bad situation"; i think you are really observing the effects of your work. Your training in precise observation shines through. Perhaps it, along with your work, gives you the strength and courage to make those tough decisions for long-term benefit.

i do hope this all does turn out for the best. The gods will smile on your courage, discipline, and strength.