A calmness has settled on to me like the cool breezes upon an azure sea. Gentle, but ever moving and inspired. Cooling the heat of the sun by carrying the little droplets of the sea through my very being. I am One. I wipe my brow of the perspiration, as I realized I have found some of my desired manifestation. 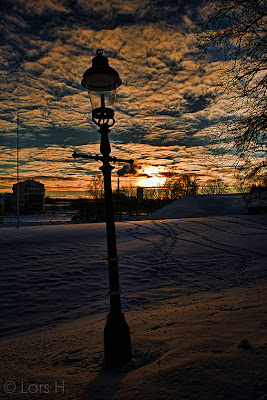 I have been looking to the stars a lot lately. Outside my bedroom, I have a little porch where I do much of my spiritual work. My herb garden is there, several sets of wind chimes, some flowers and a very large bush of burgeoning honey suckle. Lately, the Jupiter and Venus conjunction shines brightly, just outside of my bedroom door. Though I realize that Mars is also present in the night sky, I interpret his presence like "Mars has my back". I have always seen Mars in a way that he is more of a protector of people I Love and defender of things to Believe in. The conjunction has become a lamppost for me for a time of great change and has other great personal significance.

I have created my home into a place where me and my family can seek privacy, solace, nurturing and comfort. It is a place where I can be both, my most vulnerable and my most strong. I always keep in mind that change will always occur and like Soror MyGal has said, "Balance is a moving target". Many months ago, I said a prayer for myself that if the time came for a great change that it be Divinely marked and guided.

This last week I was part of three rituals, one ceremonial magick, one solitary equinox and Ostara. The CM rite is part of my regular practice. I performed the equinox because I still feel very strongly about being part of that current, even though I am not within a formal lodge structure. Ostara was performed with my beloved Tribe. The faces of the Tribe have changed quite a bit but I still believe in the group because it gives the local pagans a venue to express their spirituality in a safe and nurturing manner.
Sister WJ led Ostara and I helped out with the quarter calls and a guided meditation. Sister WJ and I have an interesting dynamic that I did not really appreciate until this Ostara. She and I are both fire signs, yet she balances out my tendency to be overly ceremonial. For the rite, we all empowered eggs. I chose two, for balance. One egg was for the beginning of a new endeavour that I am involved in that has caused me to find my more "airy" side again. The other egg was for current manifestations and evolution of my earthy side. I nicknamed them, "Inspiration" and "Perspiration".

What a GREAT new way to look at the elements within the context of the equinox!!!
Posted by PhoenixAngel at 9:56 PM