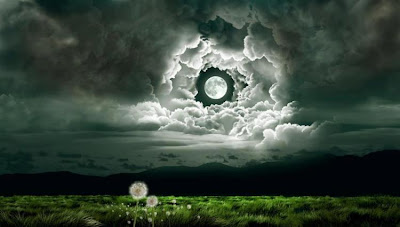 I performed a Full Moon Rite for my beloved Tribe a couple of months ago. It was done on a Monday, in the hour of Luna and when the Sun was in Cancer. I did the rite because I wanted to give back to my community and I wanted to offer a means to provide participants with nurturing healing so the participants can arise from their present life to a better one. I also wanted to challenge my skills as a ceremonial magician and ritualist. I used the Orphic Hymn to Selene as my invocation and in formal ceremonial magick form, also called for the higher, divine forces and vibrated their Divine names. I dedicated my Work for the good of all beings. I also used some prayers written by Eliphas Levi as part of my ritual. I would have liked to invoke Hecate for my ritual but I did the international Sacred Rites for Hecate a month before and it was time to give that a break. I also think Hecate is a bit too strong of a deity to call in a public rite, especially if newbs are present.

My altar consisted of a plain white table cloth and little tea lights arranged in the qabalistic Tree of Life and I used my mother's rosary beads, like the serpent, to connect each of the sephiroth with the cross terminating at the bottom, below Malkuth. The cross laid above a dish shaped like a golden star. My goddess statue took a seat at Yesod and I gave her a silver candle to hold.

Since my Tribe consists of eclectic wiccans and druids, I am the magickal oddball. I enjoy both the wiccan and druid rites but that is not really where my heart is and I spend my time and effort learning ceremonial magick. Since I am required to keep most of what I learn a secret, it was a challenge looking for material that I could relate to, put energy into and would be appropriate for the rest of the Tribe. I decided I would purify/consecrate participants, call quarters, invoke Selene and use song to empower the talismans. I wanted each of the participants to take home a talisman empowered by the moon rite and purchased about 50 sparkly white buttons on clearance for $2.49, which was a good choice for a talisman since the buttons looked like little moons to me. Since I am a single mom, I really have to watch what I spend on magickal items and make do with what I can.

The rite was decidedly CM because I incorporated the electional astrology, Qabalah, CM-associated prayers and hidden symbols.

The venue I used is the outdoor area of the metaphysical shop I go to, which has an odd-shaped outdoor area, which isn't very conducive to forming a group of 25 people in a circle. I made a quick decision to place all the participants in a bow shape, which reminded me of the Bow of Qesheth, or the Rainbow of Promise, which is both in the Thoth Art card and the Rider Waite Ten of Cups, which were very good associations for the intent of the rite.


Each participant was purified with Blue Moon-empowered water with Hyssop-octane using a rosemary wand and consecrated with a fiery bat of sage . Luckily, two of my favorite and experienced priestesses showed up so I asked them to do the purification and consecration. The fire-sign priestess did the purification and the water-sign priestess did the consecration. I did this switch because my intentions were to balance out their natural energy, which may or may not have been a great idea, but it sounded good to me as a last minute decision and nobody else, in my experience, makes these types of decisions for rites. Instead of the normal wiccan/eclectic purification, I asked them each to do the associated triangle for either water or fire so the subsequent image imposed on each participant would be a hexagram consisting of the water triangle and the fire triangle. I also asked one of the brothers to serve as guard for the rite and gave him a particular deity to keep in mind. Since the purifier, consecrator, and guard have no experiences as a magician, I spent a little time with them prior to the rite to brief them and empower them with my own personal energy.

As far as the empowerment of the talismans, I decided to have a little courage to do something a little different than what I have seen in other local rite. I had each participant do a hand gesture bringing in the light of the moon to their heart and then to the talisman. The hand gesture consisted of curving the hands upwards towards the moon in a crescent above the head, bringing the hands down into a circle shape in front of the face, and then a downwards crescent in front of the heart. The final crescent hand gesture was then pulled against the heart and then over the star-shaped dish of talismans.  My intentions for these particular set of hand motions was to provide a force and form reminiscent of the triple moon. During the empowerment I sang the song, Hymn for Her, by the Pretenders, which has a strong personal meaning to me and has allusions to the moon goddess.

The song is a celebration to Her and the following video does both the intent of the ritual and the lyrics justice:

Post Script: After reviewing the video for this post, I realized it contains my Beloved Banyan Tree. I know now that I have found my Banyan wood chair.
Posted by PhoenixAngel at 8:00 PM

If you know me personally and would like a talisman, please ask. It will be like my own personal beefed up hug <3