I am assuming most everyone who reads this blog has the same intent, to evoke change through magickal activities. Of course, the degree, effort and actual practice may differ from person to person... but fundamentally, we have adopted various practices to make something better and change situations.

Over the course of my magickal career, I have had moments of pure skepticism:


"Oh, its easy to stay bright and sunny when you're Luna Big Bare Bottom White-Lighter and just ignore the insanity and oppressiveness of the world... and we shall all get white-light blinded by the warm fuzzy bunnies scampering about... pitter-patter" 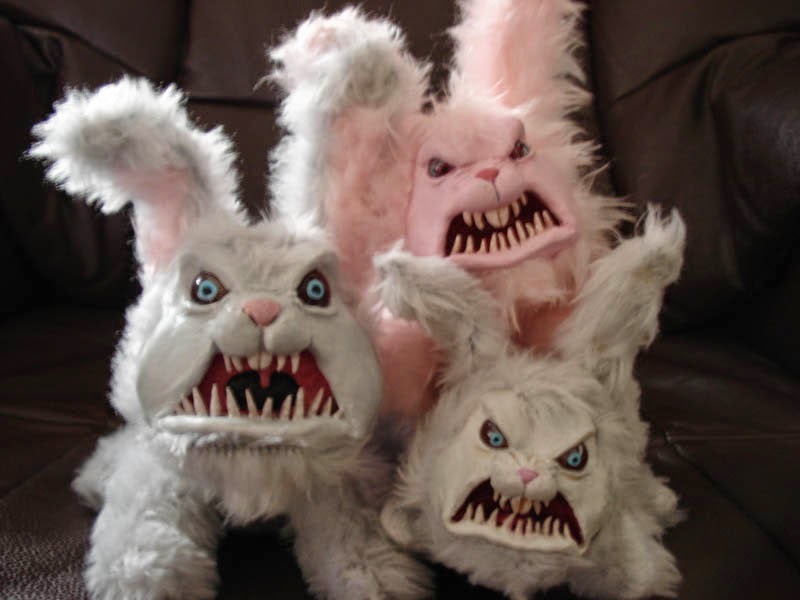 The reason for my skepticism has always been based within the nature versus nurture argument. For those of you who are unfamiliar with the terms, it applies to one's own personal destiny. Are we destined to be born, live and die in some predetermined fashion or do we have control over our fate? What makes us common, everyday, mundane humans and what makes us individuals? Can we change our own "nature", or can we "nurture" it into something different?

In popular culture, if you're familiar with the movie Forrest Gump than you already have some understanding of "Nature versus Nurture". How else would the village idiot (Gump) become a celebrated war hero and successful wealthy entrepreneur if his nature wasn't nurtured to be something greater? Or can we argue that Gump was predestined to be a great man, despite his circumstances, using  the proof that he was always at the right place and at the right time?

In Greek mythology, destiny is represented by the three goddesses, the Fates (Moirai): Clotho, Lachesis and Atropus. The three deities are said to be born of Themis (Greek form of Maat) and Zeus and they control the birth, life and death. The Fates have also been reputed to be the daughters of the Goddess of the Night, Nyx. The Fates control the thread of life. Clotho or the "Spinner" creates the thread of life. Lachesis, the Allotter (or the drawer of lots), measures the amount of Life and finally, Atropus, the Inevitable, cuts the thread of Life, signifying Death.  The Fates control the fate of all humans, and deities.

Should we just accept the determination of the Fates, who are describe as the Will of the Gods and who have Dominion over the Gods?


This notion of a predestined path or an inescapable destiny became particularly significant when I began my Jupiter work, especially since, the Fates control even the destiny of  their reputed father, Zeus (Jupiter). I asked myself,

"How do I change my Nature if my Life has already been predetermined? Why even bother doing the magick endeavours if I cannot change the situation? Even the great Zeus (Jupiter) had no control over his own Fate!!!"

NATURE VERSUS NURTURE IN THE CONTEXT OF JUPITER

Discussion in the upcoming article, Part 3
Posted by PhoenixAngel at 8:09 AM