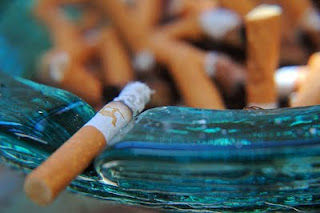 For the most part, the memories here have been suppressed for almost 30 years and have just recently surfaced upon the discovery of a book.

Like some magicians, I started doing magick when I was a teen. It was the 1980s and I was a frequent visitor to the local occult bookstore. Mostly, I looked at eastern religions, lots of meditation and energy work. By then, I understood there were other gods and deities besides the Christian god. Back then I discovered a book. It contained alot of the spiritual work I had been doing already so I was already familiar with the steps. But this book was different, it involved summoning a deity.

I purchased the book and I remember the store owner raising her eyebrows and asking me, "Are you sure you want this?" Since I was severely shy and soft-spoken, I did not respond to her. I simply gave her the crisp $20 I saved from babysitting, paid for the item, got my change and left. I still purchase my occult items in this same manner. Although I write this blog, for the most part, I am very private with the things I do. The book sat in my room hidden for several weeks. It stayed out of the eyes of my devout Catholic mother. I was a bit afraid of the book because my catholic upbringing had taught me that dealing with such things would send me to hell. The damn book kept calling me and the symbols within the book seem to float about in clouds and light above the book's hiding spot. Teenagers have such an active imaginations.

I finally worked up the courage to read the book. I read it from cover to cover whilst I smoked an entire pack of Marlboro 100s alternated with a pack of clove cigarettes. To this day, I enjoy a good dose of nicotine or cloves prior to a working. I was a lot better at memorization back then so I was able to memorize the entire rite in a couple of days. I created the deities seal, obtained the necessary accouterments, followed the instructions in the book and did the rite, albeit with a lil fear that I was going to Hell for the working. The 1st round was a complete dud and I questioned the power of the rite. It kinda reminded me of this flower smoke bombs we used to get for the 4th of July that were hard to light, spun around once and would end in a single puff of disappointing white smoke.

Shortly thereafter, during my Catholic confirmation classes the priest discussed 3 things, having respect and reverence for the Virgin Mary, god helps those who help themselves and the concept of "ask and you shall receive". I wondered if the deity would respond to the same respect and reverence. I also wondered if the intent of the rite was all wrong, instead of asking for just "power" what would happen if I ask a VERY SPECIFIC request. I was able to get past my fear of going to Hell by justifying the work as a Divine "helping myself". Besides, as a 15 year old chain smoker, I knew I was going to hell anyway.

I did the rite a 2nd time but with a stronger yet narrower focus. Whilst I did the rite, the air changed and seemed to be charged with ions. What happened during the course of the rite scared the hell out of me and I quickly ran out of the room. I didn't sleep in my room for weeks after because I could sense an entity lingering in my bedroom. The deity would hang with my ancestors in my bedroom and chain smoke cigars. Whenever I walked into my bedroom the air was thick with Cubans and spirit BO, not a pleasant odor, believe me...I felt this was their way of fucking with me and punishing me for being a chain-smoking 15 year old so it scared me enough to quit for a while.

I got rid of the book about a month later , continued my Catholic confirmation classes, quit smoking for a while, and tried my best to be a good lil Catholic girl (naughty devilish grin).

The other day I visited a small used bookstore in the small mountain town where the hand fasting was held, checked the science fiction/fantasy section, the children's section and then the occult section (save the best for last). Above the bookcase I saw a faint wafts of smoke. It surprised me at first because the wafts didn't move like normal smoke. Near the wafts, the spine of a book with a dust jacket coloured with my favourite blue caught my eye, jupiterean blue. It was a copy of the book I got rid of almost 30 years ago.

This time, I am not running from the room.
Posted by PhoenixAngel at 9:16 PM

And the book was entitled... what? Did I miss something, or did you forget to tell us the title of the book? Blue cover isn't enough data, sorry. FB

Thanks for sharing this excellent story. I'll use this for my essay "The Migratory Patterns of Occult Books" :-)

hahaha, leaving a cliffhanger there eh? nice one, nonetheless. :D