A Hymn For A Sense 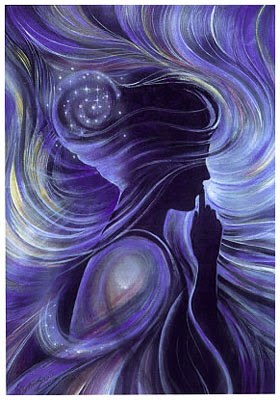 My Divinity Work towards Goddess Sister continues. I began her work in April. Unfortunately, since she is so obscure, I have not found anything besides her background information. I was hoping to find a hymn or a prayer, the Word, in her honor but to no avail. I will have to write my own. I intend to use my research within her pantheon and use some of the other hymn and prayers as an example language. The information I use will only be trusted sources, such as archaeological findings, respected texts and scholarly documents. I have also listened to some of the sacred music from the region for ideas on intonations, vibratory methods and chants ...The Speech. I have taken great care to research her Instruments.

Her lamen will be very simple. I will use some gold leaf to craft it. Her seal is very easy, I obtained her seal from the archaeological documentation. Since I am not sure what else to put on the lamen, it will probably only have her seal on it. I am debating whether I should make it more elaborate. I have some ideas, using my findings on the symbols in her pantheon. I also intend to use some Sacred Geometry in the construction of the lamen. As an engineer, Sacred Geometry has been something that has interested me from the start. My ability to understand it is well within my mundane level of expertise but I really need to study upon the spiritual aspects more.

As I mentioned in my post a while back, I also consulted with other people, specifically a person educated about her culture and an astrologer. The culturalist gave me some hints on how to approach her and what her general demeanor would be. Since Goddess Sister's status was high within her pantheon it was important to me that I pay her the proper respect. This is not a deity I want to forcibly conjure and demand her to do my bidding. I do not want her to be my "bitch". I want her to be an ally and an advisor. I am certain that if I do not pay her proper respect, the rite will not go as planned. As for my consultation with the astrologer, he made it very clear to not plan the rite during the most recent retrograde. He also gave me a hint on the electional astrology.

As far as my personal preparation, I have been immersed within her culture. I try to read or watch things relating to the society from where she emerged at least 3 times a week. I have been doing so for about 4 months now. I also augment this with contemplations on her seal or her lore. I have been doing the contemplations almost daily. Since much of her attributes are subjects I have been interested in and complements the rest of my on-going spiritual work, the incorporation into my daily Work has been an easy endeavour.

I have received my Visions that it is time to call her, which consisted mainly of 3 happenstance occurrences of seeing her symbol in my mundane, everyday Life.

Why do I want to conjure her?

I desire the Sense and Understanding

Posted by PhoenixAngel at 8:30 PM