Nursery Rhymes and the Tarot

I had fun researching this post. Try to keep it as short as possible but there are so many other possibilities. Totally coolio. Little Bo-peep fell fast asleep,
And dreamt she heard them bleating;
But when she awoke, she found it a joke,
For they were still a-fleeting.
Then up she took her little crook,
Determined for to find them;
She found them indeed, but it made her heart bleed,
For they'd left their tails behind them.
It happened one day, as Bo-peep did stray
Into a meadow hard by,
There she espied their tails side by side,
All hung on a tree to dry.
She heaved a sigh and wiped her eye,
And over the hillocks went rambling,
And tried what she could, as a shepherdess should,
To tack each again to its lambkin. 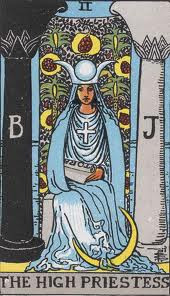 
The Devil /Pop Goes the Weasel 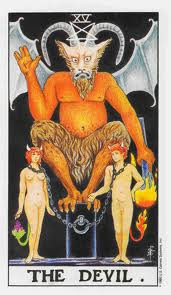 Hey! rub-a-dub, ho! rub-a-dub, three maids in a tub,
And who do you think were there?
The butcher, the baker, the candlestick-maker,
And all of them gone to the fair.[1] 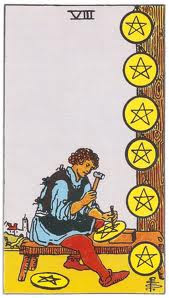 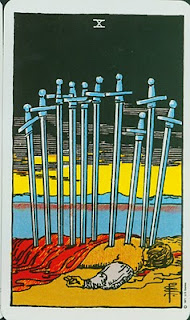