I typically do not like jumping on the blogging bandwagon about certain issues because normally, I have to feel fairly certain about my opinion before I express it. For me, that takes time.

FYI, I really enjoyed the ritual, though, I was not aware they excluded some other women and there were parts of the rite that I did not entirely agree with. Personally, I would not have felt uncomfortable next to a transgender or transsexual person. 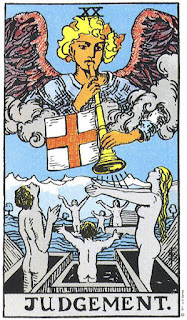 I kept the red cord they gave me during the ritual. It signifies my courage and willingness to test my own will. I keep it on my altar
Posted by PhoenixAngel at 10:11 PM